Tête-à-Tête: The Opera Festival starts this week in London, based in and around King’s Cross. Vocal Studies graduate Felicity Hayward profiles the festival as well as some of the operas featuring Trinity Laban students and alumni.

For three weeks every summer since 2006, the Tête-à-Tête festival has taken over a number of conventional and unconventional spaces and filled them with an abundance of new operatic writing, aiming to create new audiences for opera in the process. This year the festival runs from 21 July – 9 August and features operas written by a number of Trinity Laban students and alumni, and starring many others as performers, musicians and creatives.

As Tête-à-Tête has become more successful year by year, it is increasingly difficult to be given a performance slot in the event, so it is a credit to the talents of Trinity Laban’s graduates that so many of them have been selected to showcase their works in one of the biggest festivals of new opera in the world.

With the festival running for the three weeks, there is a huge amount to see! I spoke to just a few of the many Trinity Laban students and alumni whose works have been selected for this year’s festival about their projects, and about what the festival means to them. 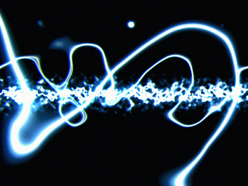 Litha has had previous works performed at the festival and she is very positive about the chances it offers. “They love interesting, boundary pushing work and are very well equipped with a great marketing, production and technical team, who support each project from beginning to end”, Litha says. “They include work from a good mixture of artists and companies, which means you are part of a larger team of fellow performers and creators.”

Myisi is a multimedia opera that explores the concept of initiation. Film, theatre and music come together to create a multisensory world that transcends the traditional opera-going experience. 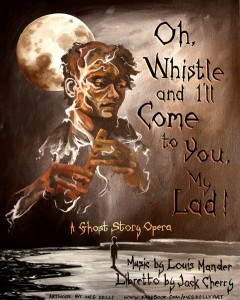 Oh Whistle and I’ll Come! is Jack Cherry’s first work as a librettist, bringing to life the ghost story by M.R James, in collaboration with Louis Mander (described by Stephen Fry as a “preposterously talented composer”).

“Creating and producing this opera has been a big personal journey” Jack says. “As a musician, it’s often easy to just do your part and not get too involved in the overall creative process. But as the writer and producer, I have been learning a whole range of new skills and become aware of the energy it takes to turn an idea into a full production.”

Jack looks forward to presenting the opera to Tête-à-Tête’s “loyal following of open-minded opera fans who are passionate about new innovative work”.

The Doll Behind the Curtain by Amir Mahyar Tafreshipour (Kings Place, 6 & 7 August)

The Doll Behind the Curtain is believed to be the first Iranian opera with an English libretto. A haunting story of an Iranian student’s all-consuming obsession with a beautiful shop mannequin, it explores the dissonance, both musical and cultural, between East and West and tradition and modernity.

Amir says “The Doll behind the curtain is an intriguing short story. Considerable in length and complexity, it is set in the 1930’s between Le Havre and Tehran, with themes of obsession and unrequited love.”

Tafreshipour met Maya Sapone, who will direct and perform in the opera, while they were both students at Trinity Laban. Alumnus Steven East will also be singing a role.

The composition collective known as Bastard Assignments is fronted by Edward Henderson and Timothy Cape, who joined forces while studying at Trinity Laban in 2011.

They are presenting an “invigoratingly experimental” triple bill of works: HE/HIMSELFIE by Josh Spear, which attempts to highlight underrepresented issues surrounding male body image, Hum by Edward Henderson, in which four performers gradually work their way through a list of actions until eventually reciting a narrative exploring hearing loss, and finally Timothy Cape’s LAUGH TILL IT HURTS FOR ONLY £2 which features, among other things, seven alligators, eight schoolgirls and nine oboes.

The four operas mentioned above represent only a fraction of the huge involvement of Trinity Laban alumni. For example, alumna Ayanna Witter-Johnson has written Wake Up, which will be one of Tête-à-Tête’s in house Pop-up Operas. Also worth a mention is CN Lester’s The Lion-Faced Man, which stars Trinity Laban Vocal Studies professor Alison Wells in the main role.

And included among the vast numbers of Trinity Laban alumni performing as singers and musicians is me! I’m thrilled to be singing in they heavily vanish at Kings Place on 6 & 7 August. I’ve performed in the festival before and can vouch for the warmth of the atmosphere and the sheer breadth of creativity and entertaining performances on offer.

If you are a Trinity Laban student or alumnus and we haven’t mentioned your opera, please tell us all about it in the comments – we’d love to know of any other students or former students who are involved in this brilliant feast of new opera.

The Tête-à-Tête festival runs from 21 July – 9 August 2015. For more information about the festival and to book tickets for any of the events, visit the Tête-à-Tête website.

How to stay fit and healthy over the summer break

The academic year is over and it is finally time for a well-deserved break for dancer’s bodies and minds. An intensive dance training demands an extraordinary degree of strain, discipline and physical/emotional stress. Classes, assessments and performances highly motivate dancers to push their own boundaries and even step beyond them. Summer is great time to relax, take care of your body and recover from an injury, although it is very important to keep maintaining your fitness level, balancing between training and relaxation. At Trinity Laban Health, we have put together some top tips that may help to keep fit and healthy over the summer break.

1. Do not stop completely!

Once the lessons are over do not stop straight away! Slowly decrease intensity and hours of training, keeping your body active: continue to take dance classes, where possible 3 times a week. If you cannot take dance classes, keep a daily routine of exercises (at least 30 minutes a day) or Cross-train your body in a way that complements your dance training. There is a good number of activities you can do over the summer taking advantage of the nice weather: swimming, cycling, running, Yoga classes and outdoor activities can be an option to replace dance classes.

2. Have a plan for the summer

A structured plan throughout the summer will help to keep you active and ready to start again in September. Creating a timeline can to help to manage this plan. For an eight week  holiday, slowly decrease the hours and the intensity of training, rest for about 10 days and then gently and progressively start to exercise in order to stay fit and start the new academic year in the best possible way. 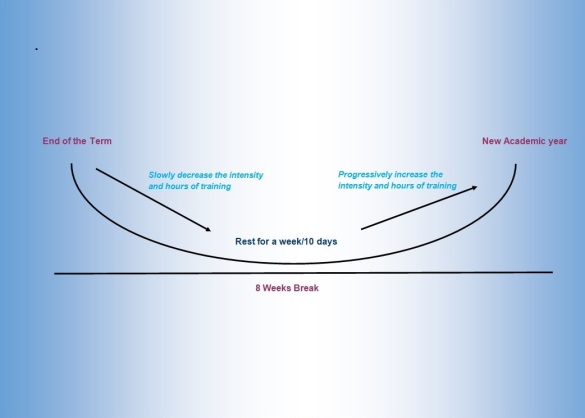 It is very important to keep warming up and cooling down before/after any physical activity:     warm-up protects you against injuries and cool-down speeds up regeneration. Summer break is a good time to work on your flexibility but remember that you should not stretch unless you are warm! Here there is a list of Dos and Don’ts for stretching:

Intensive workshops and Summer schools can be highly demanding for your body as full of classes and activities to try. In order to avoid injuries, prepare your body! If you are trying a new dance technique, try to find out as much as you can about it and work on specific areas of the body that specific class will explore. For example, if you are going to a Cunningham technique intensive, you would have to work on your core, alignment and start mobilizing your upper back. This would help you to avoid injuries and be ready for the class demand.

6. Time to rehab if injured

If you had an injury over the past few months this is the best time for the injured area to rest and build up strength. It is the right time to have your injury assessed by a professional physiotherapist and together you can develop a rehab plan that would help you speed up the recovering process. Although you need to rest, keep your overall fitness up: you can use gentle techniques such as Pilates to progressively come back to training.

TL Health wishes you all a great summer: have fun, relax and stay healthy!